Over 10 years we helping companies reach their financial and branding goals. The white Seo is a values-driven SEO agency dedicated.

Voice assistants such as Siri, Alexa and Google Assistant are preinstalled on millions of smartphones, laptops and smart speakers. This opens up completely new marketing opportunities for entrepreneurs. It is important to deal with the topic of speech recognition at an early stage.

“Hey Siri, where is the nearest ATM?”, An Internet search using voice recognition is extremely convenient. In contrast to the keyboard or mouse, language is intuitive and the most natural form of interaction. The voice search also saves a lot of time. While experienced typists come up with an estimated 40 words per minute, over 100 words can easily be dictated in the same amount of time.

The range of applications is growing: In addition to voice searches, the digital assistants can be used to order products, make calls, switch lights on and off, unlock doors or write emails, for example. Accordingly, the acceptance of the digital voice assistant is increasing rapidly with the growing application possibilities. In entertainment electronics, for example, smart speakers that you put in your living room are one of the fastest growing areas. Industry experts assume that over 100 million of these devices will be sold in 2020.

Understand the rules of the game

For companies, this trend means enormous marketing potential. Those who start early will gain long-term advantages over the competition. In order to be able to benefit, the basic principles of how the language assistants work must be understood. When people communicate with machines using language, different rules apply. Voice assistants have no eye for visual appearances. But they listen to those companies whose brands have learned to speak.

Only one word at a time can be picked up through the ears, while the eyes can see different messages at once. So it is not productive to simply duplicate existing content again. If you don’t take these circumstances into account, you will only play a minor role on this channel.

Findability becomes even more important. Many companies are currently satisfied when they appear on the first page of a Google search. With the voice search, a placement in the first three ranks is of central importance, because if you use Alexa, Siri and Co., you will not have 20 hits read out. In addition, with regard to SEO measures, companies must be aware that a text-based browser search often only consists of three words, while whole sentences are formulated in a voice search. The voice assistants should also be kept in mind when choosing product names. Names should be easy to pronounce and very memorable for the target group.

An example from the Australian news shows how voice assistants are already being used for advertising purposes. He promoted the new series through Amazon’s voice assistant. Alexa challenged the group to an interactive mini-quiz every day in the run-up to the start of the series. In addition, participants were able to activate an alarm function with a sound effect in the style of the thriller series directly via Alexa so that the first broadcast was not forgotten.

The most popular voice assistants 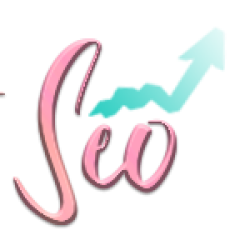 In the role of digital marketer, We are developing an organisation's multi-channel communication strategies and may work across several areas, or specialise in a few, depending on the size and requirements.

How do you find a good SEO agency in the USA?

In the following article, The white SEO Agency will guide you to select the...
Marketing SEO

SEO advice- Hiring an SEO specialist for your company

The basic premise of search engine reputation management is to use the following three...

CEO at "The white SEO Agency"